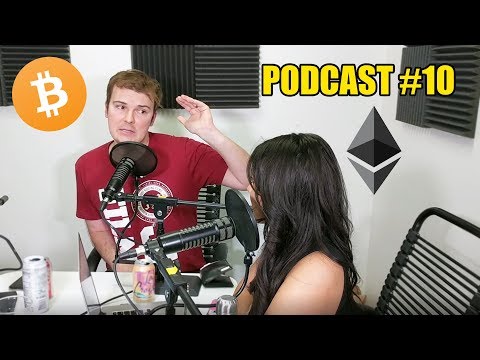 A fun early podcast about Bitcoin with Steve Gibson.

Hello, so as my username suggests I'm looking to transition from a career in craft brewing to a career in IT.
For a little background, I'm 24 years old and have been working as a brewer since graduating college last May. I worked at the same brewery every summer and on weekends while going to college. I have a bachelor's in Engineering Technology - Electrical, but since I planned on working there after college (they offered me the brewer position after the second summer working there), I didn't get an internship related to my degree (a decision I now regret). I picked up a minor in computer science as a sort of back-up plan because going into my senior year I realized I most enjoyed the few programming/IT classes I had to take for my bachelor's.
Fast-forward to now, I realize that a career in brewing craft beer is not something I want to continue to do. The hours are long and arduous, and the pay isn't great for someone with a bachelor's ($14/hr). Due to some changes in my personal life this summer, I'm looking to transition to IT by getting a help desk job ASAP. I've always been an IT/tech enthusiast (family tech guy, built my own desktop, blah blah blah) and been a regular listener to the Security Now podcast with Steve Gibson, so I've had a premium membership to ITPro.tv and had been watching random videos that interested me for the better part of the last year. Since making the decision to change careers about a month ago, I've been studying for the A+ exam and plan on taking the tests by the beginning of October. At the beginning of August I told my current boss at the brewery I planned on leaving in September.
My question to all of you is would it look bad to hiring managers and HR when applying to places if I were to be unemployed for September while transitioning careers? I want to take a month off to study for the A+ and start studying for the CCENT. I study the A+ material during most of my free time, but the long work hours (12+ hours some days) while trying to keep my personal life intact worries me that I won't pass the A+ or have the time to search for other jobs. I'm pretty fed up with my current brewing job and want to get a help desk or IT job ASAP. Do I have okay chances of getting a help desk job with just my bachelor's, no professional IT experience, and no A+ cert yet? I want to start applying to places right now but if I probably won't get considered for jobs, I think my time would be better spent studying for A+ rather than looking at job boards and applying places? I am financially well off enough where being unemployed for a month or two would be no big deal for me. (Thanks Bitcoin.)
Here is my current resume, any critiques or suggestions would be greatly appreciated! http://imgur.com/a/sib8y
*Edit: The brewery I work at is in a rural area, and I will be seeking jobs in a metropolitan area. I have a place to stay with some friends lined up for when I get a job, would it be worth it to put down their address in the city on my resume instead of my current address? Been a lurker on this sub and some other job subs for awhile, and I've seen that some hiring managers and HR don't even consider candidates who aren't already in the area, or at least within commuting distance?

A Canadian's first real step into Bitcoin, not as hard as they say!

The first time I heard about Bitcoin was on the SecurityNow! podcast, episode 287. I remember Steve Gibson's thoughts on it were cautiously optimistic. The math checked out, but as with all good cryptographic technologies, only time will tell. That was in 2011. Do I regret waiting this long? Maybe. I don't know why I didn't just set up my own mining rig since at the time it was still somewhat feasible for a poor university student to get a cheap box with a couple of out-of-date graphics cards to eat up electricity (which was included in my apartment's rent at the time). I probably could have gotten a couple of 50 BTC rewards, but it just didn't seem worth the effort at the time. How wrong I was. I've been following bitcoin with a lot of interest since, although I've never actually gotten around to getting any.
Anyhow, onto this morning. I decided it was silly of me to continue paying such attention to bitcoin without even ever owning any. I never had any particular reason for keeping bits on hand, but if I were to buy any bitcoin I had better do it before the price gets much higher. I've seen lots of posts complaining about how difficult it was, so I tried to be smart about it. Here's what I did:
• Download Mycelium on my phone. Nice little wallet app.
• Sign up on Circle.com
• Bought 130 CAD worth of BTC (mostly because that's all the free cash I had budgeted until next pay day).
• Sent a small test payment from my circle account to my mycelium wallet address.
I got it all set up in less time than it took me to type out this post! I just wanted to post this and let people know that it really isn't that hard to get into Bitcoin. The price is going crazy right now, so I definitely won't be putting my life savings into Bitcoin, but I think I'll probably treat it like an extra TFSA for a while, and just put some extra money into it from each paycheque. Just wanted to share!

In this special rebroadcast of Security Now from February 9, 2011, Steve Gibson explains, in detail, exactly how Bitcoin works. Download or subscribe to this... Une #révolution où l'on peut danser - Après une pause estivale, voilà que notre #podcast reprend ! Aujourd'hui, et sans plus tarder, nous recevons Yorick de ... Kurt goes deep on this installment of the Crypto Traders Podcast with the Technical Director at nChain: Steve Shadders! "Bitcoin Satoshi Vision" was the aptly named offering from nChain, at the ... Also available Free on iTunes & Android: http://bit.ly/STDTYPod Nikki Limo talks with Steve Greene about how to get into bitcoin, ethereum, and other crypto ... Hosts:Steve Gibson with Leo Laporte Mac Defender malware, Sony's continuing security woes, Android vulnerability patched by Google, your questions, and more. Download or subscribe to this show at ...